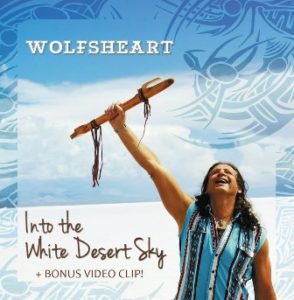 Inspired from his trip to the Andes, Wolfsheart invites you on a colourful musical journey of soothing contemporary melodies through flute based Native American music in their various distinctive timbres between tradition and vision including the video “Walking The Wolf Path“.
Included in this collection three of contemporary music’s most popular songs like „Let It Be” ~ „N’oublier Jamais” ~ „House Of The Rising Sun” performed in a decidedly sophisticated and romantic way.

The Video “Walking The Wolf Path” tells the story of a failed man who gets back into life. It is the wolf, who gives him the strength and encourages him. Like a pathfinder, he follows those traces of hope. Please watch the clip until the very end and enjoy the exciting encounter with a fascinating animal.

This clip “Desperado“was shot at a fantastic place: Quebradas, well known for mighty mountains and canyons in the magic land of the Inca. A place where a strong belief in the power of mother earth is alive and breathing. There are still many indigenous, preserving very own rites and languages. Every visitor can feel culture and history flowing through all veins of their territory. Enjoy a flute journey through the Andes. 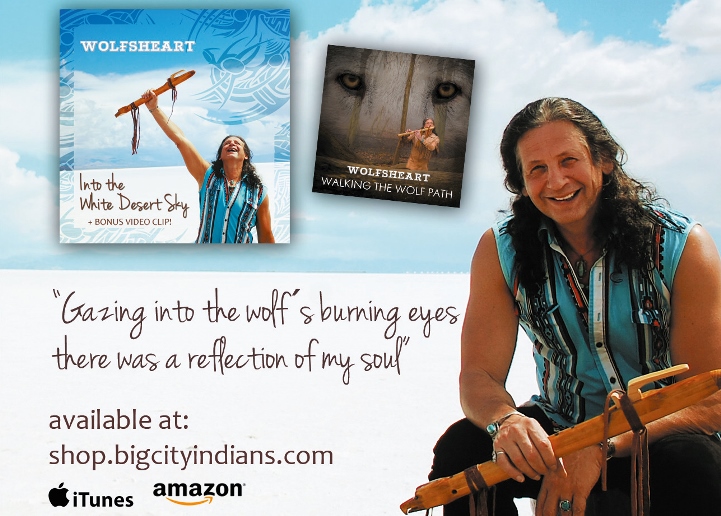 traditional music I have heard in a long time. Wolfsheart holds true to his heritage in his flute playing and yet as his spirit flows out through each note he plays it becomes very apparent of how deeply his love of our People really goes. Wolfsheart brings back the magic & wisdom that has been lost in the traditional style and in a sense given a rebirth to the old ways and music by presenting them to the young in a new fresh and vibrant way while maintaining the greatest respect to the Elders and the teachings of the old ways…” » The Gathering with Doc Shadowbear 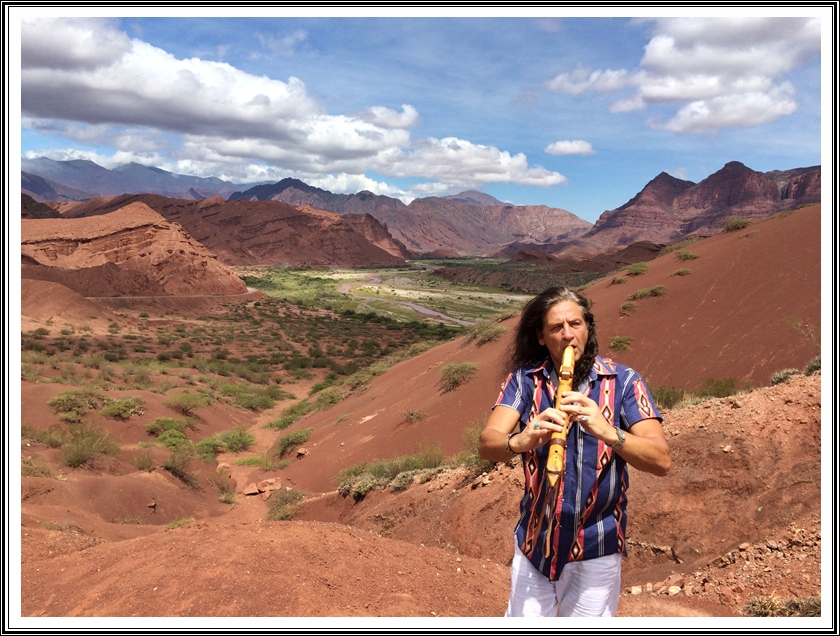 WHAT PEOPLE ARE SAYING ABOUT THE CD

"Sweeping melodies that are both lush and captivating. Skilfully combined with the sounds of nature and supported by modern grooves, it has earned a worthy place in my station’s play list. Recommended listening..." Mark Spivey - HighTideRadio.com

"Walking the Wolf Path conjures up the spirit of the wolf in our minds eye as the lonely yet powerful notes he plays weaves a spell of a hunt through the majestic woods through the eyes of our Brothers..." The Gathering with Doc Shadowbear, US

„The cd is terrific, I highly recommend, some familiar tunes as well as a number of new songs that are very well done…“ Nipomo Flutes

"I have played it a number of times all ready. I love it! As a flute maker I have a lot of flute music and this CD is in my top three. Great job Wolfsheart…“ Tony Francis of 2 Bears Flutes of Maine
Scroll back to top